Justin Lei Ramos of Cebu Institute of Technology University, one of the ArchiNEXT 2016 Scholars aces the January 2019 Architecture Licensure Examination with 83.80% rating.

After six months of review, Ramos was hailed the top rank examiner, and now an Architect. The schedule for the oath taking is yet to be announced.

Ramos joined ArchiNEXT 2016 Competition: BIGKIS: Community Enrichment Facility. She was one of our scholars and was invited to the National Convention for Architects by the United Architects of the Philippines (UAP) to accept her award. 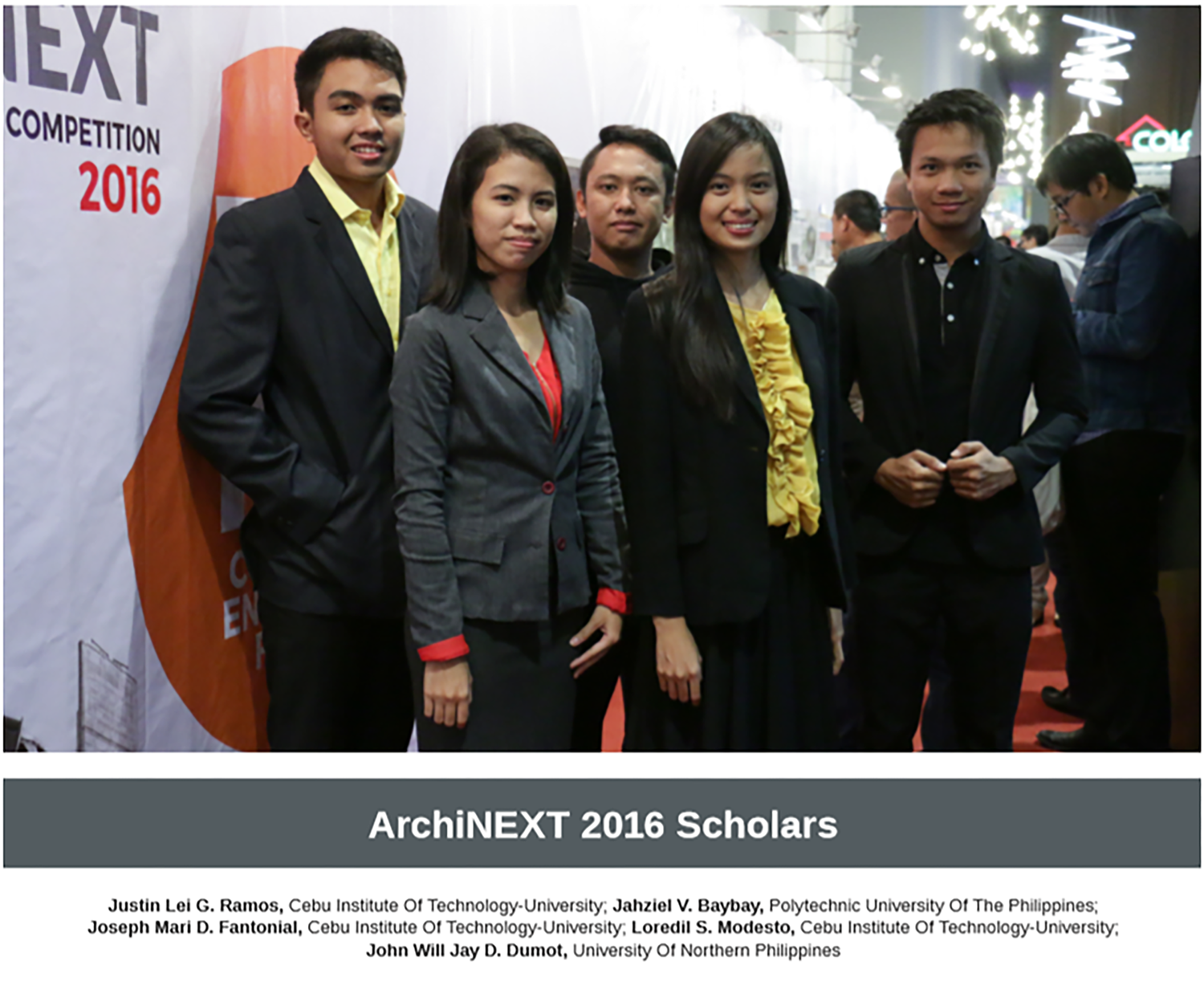 An ArchiNEXT Scholar is chosen through their application for scholarship grant submitted with their entry. Their entries must also be in the top 50% of the entrants qualified for the final screening. Ramos was one of the top ten scholars for 2016.

ArchiNEXT Top Winners and Scholars are invited to receive their awards during the HCG Night annually.